The great thing about YouTube is there are no gatekeepers. No one is waiting to tell you if you’re good enough. It’s just your audience.” – Lindsey Stirling

Well then, we’ve been spoiled and that’s not our fault. YouTube has exposed us to so much of what happens around the world. If you’d like to rid yourself of ignorance, you simply consult YouTube and her big brother Google.

Naturally, when we heard that Rick Ross was coming to town for a concert, we were curious. “The biggest boss that we’ve seen thus far” being in Nairobi generated so many conversations that it was irresistible. Being keen to reduce the frontiers of ignorance, we went to YouTube just one day before attending the concert. You know, just to have a feel of what we should expect.

However, it was worth waiting for to see whether there would be anything different for Nairobi, Kenya 2018.

Disappointingly, the concert was the same thing that he had previously done everywhere.

Hate to break it down to you in this way folks. If you attended, you may have thought he did us something different. Nope.

Word is, Rick Ross didn’t even rehearse at the venue. He probably didn’t need to anyway.

Apart from his appearance on a throne flanked by an attractive lady holding champagne while seated on his left, Rick Ross didn’t do anything different from a concert that he performed last year which we found on YouTube.

He was basically lip-syncing most of his tracks. Die-hard Rick Ross fans felt like it was close to a raw deal, save the novelty of a rap star coming to Kenya.

Additionally, he focused on his collabo’s rather than his singles. He also was keen to make the crowd chant his signature grunt “Huuh” and ask them to shout back his name “Rozaay”.

The sequence of the songs were more or less the same. Starts with “I’m a boss” then to “Hustling” then swinging back and forth between his collabos. Perhaps it is his style which, quite frankly, isn’t fair if you’re paying 3,000 bob or worse yet, 9,000 bob for VIP.

You think it’s a co-incidence, check out the concert video below. Trust me, if you attended his concert on Saturday, you can’t tell it apart.

One thing The Boss was smart enough about was that he noticed he was almost lost his ring interacting with his audience.

This is the curse and blessing of YouTube. We get to see what these artists do in other countries at their concerts and we get to know what to expect. We then get to judge.

They probably won’t care for now but at least we know whether they’re taking us for a ride.

To be frank, more was expected of Rick Ross inasmuch as this was a first. Perhaps most who attended were not the target audience. Perhaps it was because it rained at the venue. Perhaps he was still recovering from his ailment. Perhaps we should stop settling for less. Perhaps we couldn’t afford to pay him for a grand concert (…so he just decided to accommodate and compromise)

All in all, it was great to see the boss. 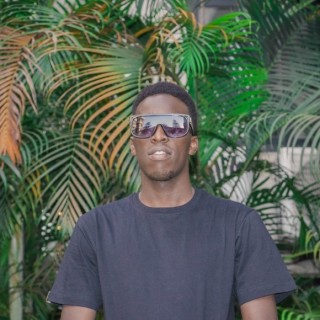